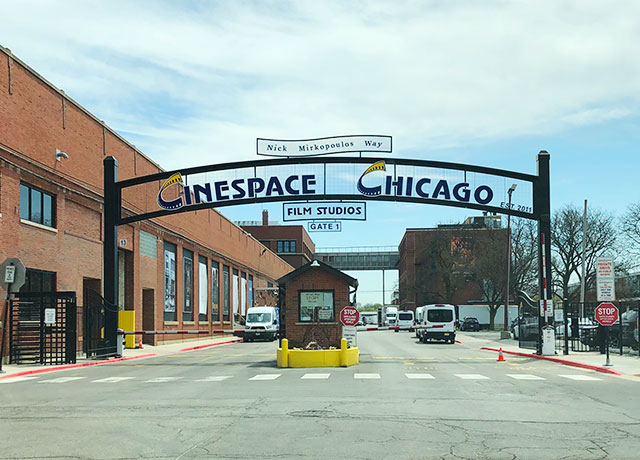 Art Institute Helps Ship A Schist Shiva Back To Nepal

ARTNews reports that the Art Institute of Chicago was instrumental in the return to Nepal of a looted sculpture of a Hindu deity that had been in the hands of an unnamed private collector. “The work, known as a linga, is a representation of the Hindu deity Shiva with four faces. Also called a caturmukhalinga, the schist sculpture dates back to the sixth century.”

Block Club Chicago reports on the approval by Chicago’s Committee on Zoning of an ordinance lifting a ban on residential developments north of Lake Street in the Fulton Market District. The move gives the city a “shot in the arm” as it recovers from the pandemic, twenty-seventh ward alderman Walter Burnett Jr. said. “If approved by the full City Council Wednesday, the ordinance will allow residential development within the Kinzie Corridor Overlay District bound by Ogden Avenue, Carroll Avenue, Hubbard Street, Halsted and Wayman streets. Residential construction had been long prohibited in the area because of concerns that development was encroaching on the ‘trucks and the blood and the smell’ from industrial companies that once dominated the area. But owners moved their industrial businesses elsewhere as the neighborhood changed, some becoming “millionaires overnight” by selling their properties, Burnett said.”

Reel Chicago lists four new series shooting at socially distanced Cinespace, which recently added a 105,000-square-foot building near the expanding campus. “We’re really happy to have the industry back in action,” they quote Alex Pissios, president and CEO of Cinespace Chicago Film Studios. “During this pandemic, we all had a chance to experience how essential quality shows are to our culture and even to our mental health. Having Chicago as a  critical link to providing not only quality entertainment, but also good-paying jobs in our community makes all the extra effort to help production companies keep filming worth it.”

The Tribune’s Eric Zorn remains on the Adam Toledo beat after his regrettable first column right after the boy’s killing. “Can we have a non-heated, forward-thinking conversation about the police killing of Adam Toledo? Civil rights lawyer Sheila Bedi and I prove that it’s possible!” Zorn prompts on Twitter of his current column, largely turned over to Bedi in an email exchange. Bedi lays out an extended case: “This standard is based on the idea that police officers have experience and training that makes them better equipped to assess threats than the general public. But investigations have documented that police officer training often misstates law and encourages police violence, and studies demonstrate that police are often worse at accurately perceiving threats than civilians. In short, the legal standard governing police violence is grounded in racist myths,” Bedi outlines. “The reasonable police officer standard doesn’t provide us with enough protections against police violence in part because it doesn’t reflect the realities of policing. Nor does our city’s continued over-investment in policing—at the expense of investments in education, mental health resources and positive youth development—reflect the priorities of a city that legitimately wants to save the lives of children like Adam.”

Former Baltimore Sun reporter David Simon, writer-producer of series including “The Wire” and “The Deuce,” also known for his daily practice of mockery, invective and contumely, finds the Tribune Publishing Board’s imminent concession to Alden Global Capital wanting. On his favored platform, Twitter, Simon responds to Poynter’s report on the “terminated discussions” with Baltimore hotelier Stewart Bainum Jr. “Fuck. Every executive who ever took a paycheck from the Tribune company or Alden Global Capital needs to eventually go to the circle of hell in which sinners swim in human feces until they can bear it no longer, whereupon they surface into a scalding ooze of molten, flaming lava.”

Block Club On The Positive Side of Chicago

Block Club Chicago launches “It’s All Good” today, a podcast featuring “Chicagoans who make our neighborhoods great” who have been featured in recent BCC stories.

“As pent-up travel demand explodes, Chicago’s tourism arm is struggling,” reports Chicago Business. “With its budget slashed and leadership in transition, Choose Chicago is a shell of its former self at an inopportune time.”

The number of international homebuyers declined sharply throughout the United States in the past year amidst the global COVID-19 pandemic, according … END_OF_DOCUMENT_TOKEN_TO_BE_REPLACED

Tom Rodeno, 50, a 20-year veteran in representing industrial spaces for Colliers International, based out of the Rosemont office with the title of … END_OF_DOCUMENT_TOKEN_TO_BE_REPLACED

Chicago’s city officials move the deadline for submitting a proposal for the planned casino to October 29, looking for more bidders. Chicago … END_OF_DOCUMENT_TOKEN_TO_BE_REPLACED

A community in western Illinois has officially disbanded its police department over budget concerns. East Galesburg has been without its police … END_OF_DOCUMENT_TOKEN_TO_BE_REPLACED

The officer who died was the first Chicago cop shot and killed in the line of duty this year, Brown said. It's the first line-of-duty shooting … END_OF_DOCUMENT_TOKEN_TO_BE_REPLACED