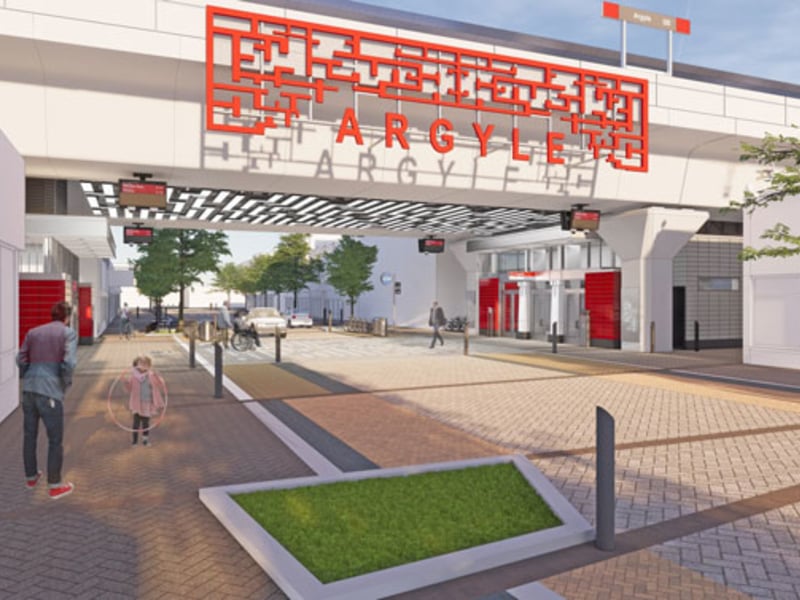 At the same time, the structure holding up the two eastern tracks will be demolished along a 1.5-mile stretch running through Uptown and Edgewater. Service will continue to run using the two western tracks, but some delays are likely with Red and Purple line trains sharing the same track.

“Customers should allow extra time,” the CTA said in a statement.

Once the work on the eastern half of the track structure is completed by 2022, the same process will continue on the western half.

Anyone living or traveling through the area will be in the middle of a construction zone. Among other things, the old structure will need to be trucked away, ramps will be constructed between ground and track levels, support shafts 60 feet to 80 feet deep will be drilled and support columns anchored in concrete will be installed.

When completed, the stations will be fully accessible to disabled riders, the CTA says.

Ridership on the Red Line north was down almost 66 percent last year through November during the COVID-19 shutdowns, but the CTA says it believes those numbers will rise as the pandemic eases.

Another major piece of the Red Line Modernization Program already is well under way, with construction of a bridge or flyover just north of the Belmont station, so Brown Line trains can proceed without disrupting Red and Purple line traffic.

Much of the work is funded with a $1.1 billion grant the CTA got in the waning days of the Obama administration. Other funding is coming from a tax-increment financing district in areas adjoining the Red Line.

The number of international homebuyers declined sharply throughout the United States in the past year amidst the global COVID-19 pandemic, according … END_OF_DOCUMENT_TOKEN_TO_BE_REPLACED

Tom Rodeno, 50, a 20-year veteran in representing industrial spaces for Colliers International, based out of the Rosemont office with the title of … END_OF_DOCUMENT_TOKEN_TO_BE_REPLACED

Chicago’s city officials move the deadline for submitting a proposal for the planned casino to October 29, looking for more bidders. Chicago … END_OF_DOCUMENT_TOKEN_TO_BE_REPLACED

A community in western Illinois has officially disbanded its police department over budget concerns. East Galesburg has been without its police … END_OF_DOCUMENT_TOKEN_TO_BE_REPLACED

The officer who died was the first Chicago cop shot and killed in the line of duty this year, Brown said. It's the first line-of-duty shooting … END_OF_DOCUMENT_TOKEN_TO_BE_REPLACED