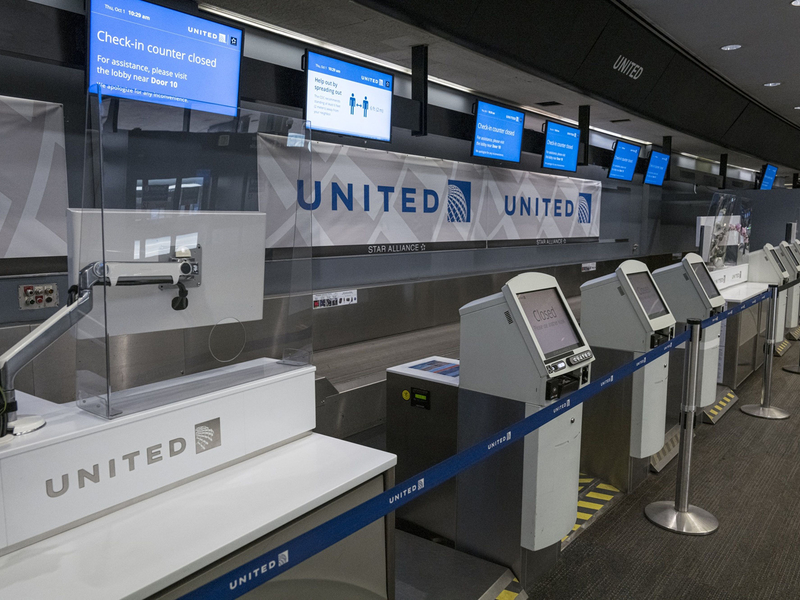 “We’ve shifted our focus to the next milestone on the horizon and now see a clear path to profitability,” United Chief Executive Officer Scott Kirby said in a statement. He said he was “encouraged by the strong evidence of pent-up demand for air travel.”

The carrier’s guarded optimism echoes a similar tone from Delta Air Lines Inc., which last week posted a worse-than-anticipated quarterly loss but predicted summer gains in passenger loads. While new virus variants are grabbing headlines amid a fresh surge in global Covid-19 infections, expanding U.S. vaccination rates are bolstering airline ticket sales after more than a year in which most Americans stayed close to home.

United fell 6.2% to $51.60 at 9:59 a.m. Tuesday in New York. The shares had advanced 27% this year through Monday, in line with the gains of a Standard & Poor’s index of big U.S. airlines. But rising doubts about the travel outlook have spurred nine straight days of declines on the industry stock gauge, the longest streak since 2009.

“While the comments were likely made to show where break-even can occur during the recovery, investors may be interpreting them as an expectation that it will take longer than anticipated for business and international travel to recover fully,” Helane Becker, an analyst at Cowen & Co., said in a note to clients.

Adding to the uncertain outlook for airlines, the U.S. State Department said it was changing the way it issues travel advisories to reflect the prevalence of the coronavirus—a move it said will result in about 80% of the world’s nations being considered no-go zones.

The company’s adjusted loss — its fifth in a row — worsened to $7.50 a share in the first quarter, trailing the average shortfall of $7.02 that analysts had predicted. Higher fuel costs added to expenses even as the Chicago-based company continued to grapple with a severe lack of demand.

The number of international homebuyers declined sharply throughout the United States in the past year amidst the global COVID-19 pandemic, according … END_OF_DOCUMENT_TOKEN_TO_BE_REPLACED

Tom Rodeno, 50, a 20-year veteran in representing industrial spaces for Colliers International, based out of the Rosemont office with the title of … END_OF_DOCUMENT_TOKEN_TO_BE_REPLACED

Chicago’s city officials move the deadline for submitting a proposal for the planned casino to October 29, looking for more bidders. Chicago … END_OF_DOCUMENT_TOKEN_TO_BE_REPLACED

A community in western Illinois has officially disbanded its police department over budget concerns. East Galesburg has been without its police … END_OF_DOCUMENT_TOKEN_TO_BE_REPLACED

The officer who died was the first Chicago cop shot and killed in the line of duty this year, Brown said. It's the first line-of-duty shooting … END_OF_DOCUMENT_TOKEN_TO_BE_REPLACED