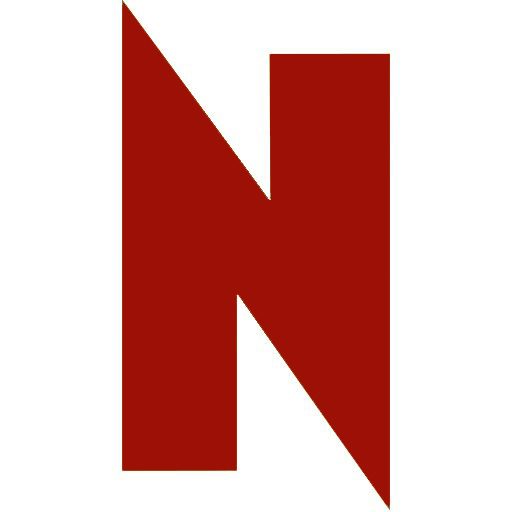 David Roeder reports on the competition among four developers to build on a South Loop block near the Harold Washington Library, running northeast from Van Buren Street and Plymouth Court and alongside Pritzker Park on State Street. “The Department of Planning and Development called for development ideas for the site last year as part of its entry in an international competition to promote sustainable cities.” A May 3 public Zoom meeting is set to review the proposals for a net-zero carbon goal edifice.

The Black Restaurant Community, Listening In

The Clubhouse audio app has become a go-to destination for Black and brown restaurant communities, reports Eater Chicago. “Chicago’s Black culinary community has a solid presence in rooms created by New York-based chef L Banks DaBossy,” with more than 2,000 members, and former White House chef Sebastien Salomon, whose Chef’s Corner has more than 2,800 listeners. “Some of the more popular topics explored include understanding foodways spanning the African diaspora, navigating the white culinary world as a Black chef, and whether globally inspired dishes at mainstream restaurants should be considered appropriation. In addition to attracting Black American chefs, the conversations also get a healthy dose of participation from culinary professionals with African, Caribbean, European, Latin American, and Asian heritage.”

Boutique Mingling On 4/20 in Lincoln Square

Elisabeth Moss in Our “Shining” City

The series adaptation of Lauren Beukes’ 2013 bestseller, the rich, metaphysical, Chicago-set mystery novel “The Shining Girls,” will be produced here, with Elisabeth Moss in the lead as a reporter whose trauma opens her consciousness in unexpected ways. Leonardo DiCaprio joins Moss in the ranks of executive producers. For Apple TV Plus, the title will be “Ripple Effects,” reports Screen Magazine. The series showrunner will be Silka Luisa, a writer and consulting producer on the CBS All Access series “Strange Angel.”

No Trib Kiss From Swiss Wyss

The New York Times reports that Swiss billionaire Hans Wyss skates away from the proposed Tribune Publishing purchase with Maryland hotelier Stewart Bainum Jr. (whose great interest lies plainly in the Baltimore Sun). Robert Feder summarizes. Wyss is said to have looked at the books, then stepped away; reportedly, his interest was in building a national newspaper rather than sustaining a profitable local one.

At Chicago Business, the headline writers assert that the Chicago Tribune is a civic asset the business community can’t afford to lose. Greg Hinz leads with ninety-five-year-old Lester Crown waving it all away: “I really don’t think anybody wants to go into the newspaper business. It’s the economics. It’s too much visibility and other things that go along with ownership.” Without contesting Crown’s outsider analysis of the publishing economics and offering a litany of past rich guys who dabbled in local newspaper investment and the present-day wealthy who have not expressed interest, Hinz concludes, “This town will be worse off without the Tribune to kick butt and compete against, and you know it.”

Margaret Sullivan, Washington Post media columnist, offered cautions about billionaire owners only a few hours before Hans Wyss’ exodus: “I’ve worked at two news organizations owned by billionaires. So here’s my advice for rich people who want to buy a newspaper… Stay out of the newsroom… Your editor is in charge of news — The minute you start to tinker, the entire newsroom and then the entire world, will know about it, and your reputation will be shot. So will your newspaper’s credibility, which is its major asset.”

Weekend Edition’s David Folkenflik reports on Project Mayhem, the chain-wide effort by reporters to determine their own destiny: “Reporters at Tribune Co. papers across the country are trying to avoid the company’s purchase by Alden Global. The hedge fund is known to slash budgets and staff in the name of profits. Folkenflik adds in a tweet, “Withdrawal by Hansjorg Wyss is a setback to Stewart Bainum Jr bid allied w newsroom activists seeking alternative owner to hedge fund Alden Global It’s not a death blow though, at least not yet – Bainum has told Tribune special committee he’s still in it.”

“The video and audio are traumatic not only for the family but almost anyone watching a seventh-grader die in an alley,” WBEZ managing editor Tracy Brown tells the Washington Post, who surveys where news organizations are drawing the line on the explicit video. “Those aren’t moments we want to normalize in our news coverage — or pageviews we’d be proud of.”

Block Club Chicago chose to provide coverage both with and without audiovisual accompaniment. “Jen Sabella, co-founder and director of strategy of the local nonprofit newsroom Block Club Chicago, watched the video, which shows the boy with his hands up before being shot, and felt sick to her stomach. As a journalist, she felt that she had to watch the footage. But did the public need to see its graphic contents in order to be properly informed?” She didn’t think so, so Sabella floated “making a second version of the story that would describe — but not embed or screenshot — the footage. The reporters and editors working on the story agreed, and Block Club Chicago published two articles: one with the graphic video and a second, video-free version.”

“The most traumatic day of my 11-year career as a journalist,” tweeted Block Club senior editor Dawn Rhodes. “I was there for Laquan McDonald. I’ve talked to parents who lost children to gun violence and freak accidents. I still was not prepared to see Adam Toledo’s last moments.”

SOS Save Our Stages

Funds still haven’t been released for the $16.25 billion grants in the federal Save Our Stages program that music clubs, small museums and movie theaters have held on for since the December 2020 passage. At American Prospect, David Dayen describes the holdup in getting cash to arts venues. The Small Business Association “has been notorious for decades for failing in its mission to support small businesses, and the changeover in administrations to President Biden has not ameliorated this. A critical Inspector General report noted that the grants management office where the program is being run from has only one designated official managing the process; the rest of the staff is on ‘temporary detail.’” The SVOG, or Shuttered Venues Operating Grants, have been “built from the ground up,” and that the agency “is committed to delivering this much-needed relief to these venues.” Dayen footnotes, “In the meantime, venue operators must wait agonizingly, living on borrowed time, borrowed money, and the fear of collapse.”

Page Six says Kanye West is ready to date an “artist and a creative person” once he sheds Kim Kardashian, so, a source relays, “they can speak the same language to each other.”

Victory Gardens To Be “Theater For All”

Mark Caro profiles Ken-Matt Martin, Victory Gardens’ first Black artistic director, at the New York Times: “Sure, something is shifting. But you’re also talking about highly qualified people getting jobs that they’re more than qualified for… What I wasn’t interested in doing any longer was being the Black or brown shield and token within some of these larger institutions that had snatched me up.”

The number of international homebuyers declined sharply throughout the United States in the past year amidst the global COVID-19 pandemic, according … END_OF_DOCUMENT_TOKEN_TO_BE_REPLACED

Tom Rodeno, 50, a 20-year veteran in representing industrial spaces for Colliers International, based out of the Rosemont office with the title of … END_OF_DOCUMENT_TOKEN_TO_BE_REPLACED

Chicago’s city officials move the deadline for submitting a proposal for the planned casino to October 29, looking for more bidders. Chicago … END_OF_DOCUMENT_TOKEN_TO_BE_REPLACED

A community in western Illinois has officially disbanded its police department over budget concerns. East Galesburg has been without its police … END_OF_DOCUMENT_TOKEN_TO_BE_REPLACED

The officer who died was the first Chicago cop shot and killed in the line of duty this year, Brown said. It's the first line-of-duty shooting … END_OF_DOCUMENT_TOKEN_TO_BE_REPLACED